- A chilling thriller full of suspense and shocking secrets 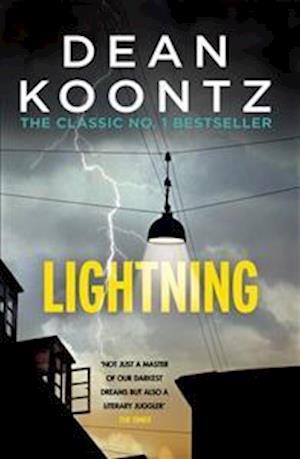 The No.1 bestselling classic from Dean Koontz, the master of chilling suspense, that will thrill fans of Stephen King and the Odd Thomas series.The first time the lightning strikes Laura Shane is born...The second time it strikes the terror starts... though eight-year-old Laura is saved by a mysterious stranger from the perverted and deadly intentions of a drug-crazed robber. Throughout her childhood she is plagued by ever more terrifying troubles, and with increasing courage she finds the strength to prevail - even without the intervention of her strange guardian. But, despite her success as a novelist, and her happy family life, Laura cannot shake the certainty that powerful and malignant forces are controlling her destiny.Then the lightning strikes once more and shatters her world. The adventure - and the terror - has only just begun...

Forfattere
Bibliotekernes beskrivelse 'Not just a master of our darkest dreams but also a literary juggler' THE TIMES on Dean Koontz.