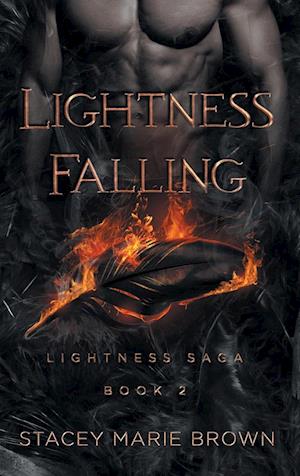 In gaining the crown, Kennedy lost friends, her first love, and her heart.

And now her throne is being threatened.

In this time of turmoil, radical groups surface trying to kill her and take down the kingdom. Kennedy is forced to go undercover and penetrate one of these groups with the help of the one person she has sworn against ever seeing again.

Lorcan Dragen. The one man she let in, but cannot have.

What she has to do to save her falling reign is dangerous, foolish, and impossible. That doesn't even come close to the truth she discovers along the way.

Kennedy's world is flipped upside down with heartbreaking discoveries, betrayal, secrets, lies...and a darkness Kennedy won't be able to fight.

When lightness falls, darkness rises. Which side will win? Find out in the conclusion of Kennedy's story.