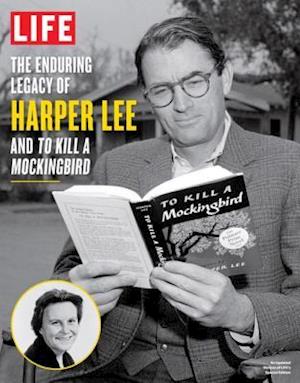 LIFE celebrates Harper Lee, author of one of the most beloved works of American fiction.When HarperCollins published To Kill a Mockingbird in 1960, it quickly became a runaway bestseller-and its author, Harper Lee, an overnight literary celebrity. In this special edition, LIFE delves into its famous archives to present a rich, beautifully illustrated commemoration of Lee's life and legacy. Through essays, photographs and archival materials, LIFE revisits To Kill a Mockingbird and helps us understand its magic, exploring how the coming-of-age story of a tomboy in a small Southern town became an enduring touchstone of our cultural consciousness.This collectable volume features photographs from LIFE's 1961 profile of Lee, taken in her hometown of Monroeville, Ala., where she lived until her death in 2016. These indelible images-some reproduced here for the first time-reveal an intimate portrait of the famously shy author, showing her with her father at their childhood home and in the local courtroom that inspired the setting for the trial in Mockingbird.The book also goes behind the scenes of the Oscar Award-winning film adaptation that starred Gregory Peck in his legendary role as Atticus Finch. Mockingbird's transformation from an explosively popular novel into a classic Hollywood film is captured here in LIFE's photographs from the set, film stills, and anecdotes from those close to the project.Lee's story would not be complete without an exploration of the long-awaited sequel, Go Set a Watchman. TIME's arts critic Daniel D'Addario reviews the novel-published from a manuscript long thought to be lost-that set the literary world aflame in 2015.Throughout, LIFE's special edition incorporates reproductions of unique ephemera, including Peck's original film script with his handwritten annotations.