Life on the Lion 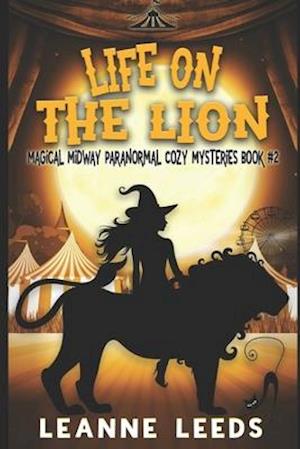 To save the family business, one witch must pull something spectacular out of her hat.For newly-minted witch Charlotte, moving from the human realm to life in the magical circus is still a tightrope walk. But when the crooked Witches' Council passes a law that gives her a week to hand over two of her friends, she wonders if she's in for a big fall. To make matters worse, one of the humans in question goes missing before she can even think up a plan.

As she sorts through the clues, she fights off her feelings for the kind and handsome Gunther. With time running out, she can't ignore the possibility that her crush could somehow be involved in the plot against her family. To protect her business and her life, she'll have to find the carny, guard her heart, and hold off the Council before it's far too late.

Life on the Lion is the second book in the hypnotizing Magical Midway paranormal cozy mystery series. If you like eccentric characters, show-stopping magic, and twisty mysteries, then you'll love Leanne Leeds' crowd-pleasing whodunit.

The Magical Midway Paranormal series contains an overarching paranormal plot that builds from one book to the next. While each book's mystery can be read and appreciated as a stand-alone, the series should be read in order to be fully enjoyed.