Life of George Washington (Illustrated Edition): Biography of the First President of the United States, Commander-in-Chief during the Revolutionary Wa 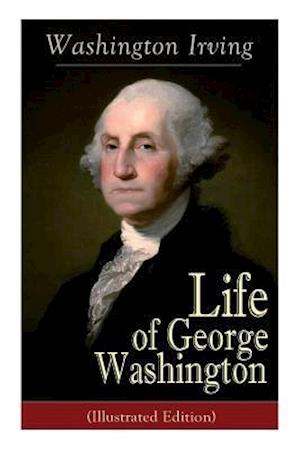 George Washington (1732-1799) was the first President of the United States (1789-97), the Commander-in-Chief of the Continental Army during the American Revolutionary War, and one of the Founding Fathers of the United States. He presided over the convention that drafted the United States Constitution, which replaced the Articles of Confederation and remains the supreme law of the land. Washington was born into the provincial gentry of Colonial Virginia; his wealthy planter family owned tobacco plantations and slaves which he inherited; he owned hundreds of slaves throughout his lifetime, but his views on slavery evolved. He became a young but senior officer in the colonial militia during the first stages of the French and Indian War. He was chosen by the Second Continental Congress in 1775 to be commander-in-chief of the Continental Army in the American Revolution. Historians laud Washington for the selection and supervision of his generals, preservation and command of the army, coordination with the Congress, with state governors and their militia, and attention to supplies, logistics, and training. In battle, however, Washington was repeatedly outmaneuvered by British generals with larger armies. Washington Irving (1783-1859) was an American author, essayist, biographer, historian, and diplomat of the early 19th century. He is best known for his short stories "Rip Van Winkle" and "The Legend of Sleepy Hollow" both of which appear in his book The Sketch Book of Geoffrey Crayon, Gent. His historical works include biographies of George Washington and Oliver Goldsmith, and several histories of 15th-century Spain, dealing with subjects such as the Moors and the Alhambra. Irving served as the U.S. ambassador to Spain from 1842 to 1846.