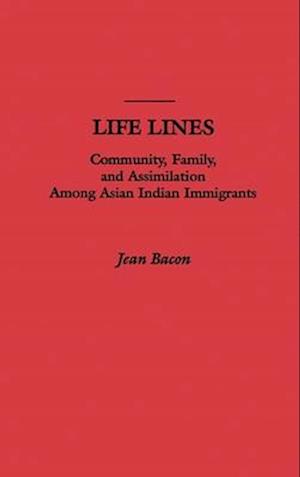 W. E. B. Du Bois was a public intellectual, sociologist, and activist on behalf of the African American community. He profoundly shaped black political culture in the United States through his founding role in the NAACP, as well as internationally through the Pan-African movement. Du Bois's sociological and historical research on African-American communities and culture broke ground in many areas, including the history of the post-Civil War Reconstruction period. DuBois was also a prolific author of novels, autobiographical accounts, innumerable editorials and journalistic pieces, and several works of history.Du Bois called his epic Black Flame trilogy a fiction of interpretation. It acts as a representative biography of African American history by following one man, Manuel Mansart, from his birth in 1876 until his death. The Black Flame attempts to use this historical fiction of interpretation to recast and revisit the African American experience. Readers will appreciate The Black Flame trilogy as a clear articulation of Du Bois's perspective at the end of his life.The last book in this profound trilogy, Worlds of Color, opens when Mansart is sixty and a successful and established college president. Packed with political intrigue, romance, and social commentary, the book provides a dark, cynical view of the world and its relationship to the "Black Flame," or the potential of black civilization. Building upon the drama of the previous two books, Worlds of Color delves into a more sinister, bleak, and doubtful future. With a series introduction by editorHenry Louis Gates, Jr., and an introduction by Brent Hayes Edwards, this edition is essential for anyone interested in African American literature.The aim of this volume is to open up reflection on the nature of vulnerability, the responsibilities owed to the vulnerable, who bears these responsibilities, and how they are best fulfilled. In canvassing responses to these questions, the contributors engage with a range of ethical traditions and with issues in contemporary political philosophy and bioethics. Some essays in the volume explore the connections between vulnerability, autonomy, dignity, and justice.Other essays engage with a feminist ethics of care to articulate the relationship between vulnerability, dependence, and care. These theoretical approaches are complemented by detailed examination of vulnerability in specific contexts, including disability; responsibilities to children;intergenerational justice; and care of the elderly. The essays thus address fundamental questions concerning our moral duties to each other as individuals and as citizens. Contributing significantly to the development of an ethics of vulnerability, this volume opens up promising avenues for future research in feminist philosophy, moral and political philosophy, and bioethics.Asian Indians figure prominently among the educated, middle class subset of contemporary immigrants. They move quickly into residences, jobs, and lifestyles that provide little opportunity with fellow migrants, yet they continue to see themselves as a distinctive community within contemporary American society. In Life Lines Bacon chronicles the creation of a community - Indian-born parents and their children living in the Chicago metropolitan area - bound byneither geographic proximity, nor institutional ties, and explores the processes through which ethnic identity is transmitted to the next generation. Bacon's study centres upon the engrossing portraits of five immigrant families, each one a complex tapestry woven from the distinctive voices of its family members. Both extensive field work among community organizations and analyses of ethnic media help Bacon expose the complicated interplay between the private social interactions of family life and the stylized rhetoric of "Indianness" that permeates public life. This inventive analysis suggests that the process of assimilation which these families undergo parallels the assimilation process experienced by anyone who conceives of him or herself as a member of a distinctive community in search of a place in American society.