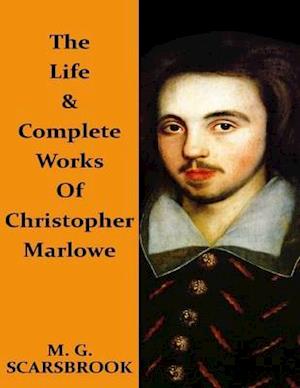 Described by Tennyson as the 'Morning Star' of Elizabethan drama, Christopher Marlowe is considered one of the greatest playwrights in the English language. This book gathers together all the crucial information needed for a study into the life of Marlowe, including a detailed timeline, a biographical profile, an extensive list of all Marlowe's personal associates, and a collection of all the key primary documents relating to Marlowe's dramatic life and death (e.g., The Privy Council Note To Cambridge Authorities, The Dutch Church Libel, The Baines Note, & much more). PLAYS INCLUDED:- Dido, Queen of Carthage- Tamburlaine The Great, Part One- Tamburlaine The Great, Part Two- The Jew Of Malta- Doctor Faustus (from the Quarto of 1604, and from the Quarto of 1616)- Edward the Second- The Massacre at ParisPOETRY INCLUDED:- Hero and Leander- Ovid's Elegies (translation)- Lucan's Pharsalia (translation)- The Passionate Shepherd To His Love- Fragment- Dialogue In Verse