Life as a Riggan 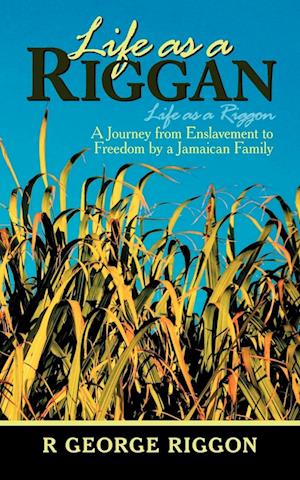 Life as a Riggan A Journey From Enslavement to Freedom by a Jamaican Family By R. George Riggon In 1807 the British Parliament bowed to pressure to place a legal ban on the trade in young able bodied African men and women. It then took a further 27 years before all slaves were set free in 1834. Many generations perished under the absolute brutality of the slave system, but many were strong enough to survive and secure freedom. This book tells the story of an African slave and the family he started in Jamaica. It starts in the year 1799 with his capture and forced transportation to the island. Renamed 'George' by his plantation owner, he managed to survive the worst effects of slave bondage into his mid 40s to gain freedom in 1834. 'George' took the surname 'Wiggan' from his former owner and later had two sons, Peter and George Jnr. When the sons came of age one remained in the parish of Trelawny while the other travelled to the parish of Hanover in search of work and land during the 1870s. Thereafter the families started by the brothers, Peter and George Jnr. evolved with different surnames of 'Wiggan' and 'Riggan'. In spite of the bitter legacy of slavery, with the ill effects of family breakdown and disintegration, the family maintained the ethos of providing support and care for one another. Each successive generation have attempted to pass down the values of family unity to those who follow. As the family continue to evolve into its sixth generation since the emancipation of 'George' they are finding the challenges of unity, care and love to be much more difficult to maintain in the expansion of new generations in Britain, America and Canada, from the island root in Jamaica.