Life and Adventures of Robinson Crusoe (1808) 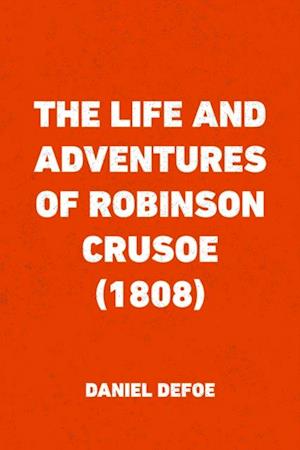 Daniel Defoe (1660?-1731) was a prolific English writer who became one of the first Western writers to write novels and turn them into a sought after literary genre. During his life, Defoe wrote more than 500 books, pamphlets and journals on topics as wide ranging as politics, crime, religion, psychology, supernatural events, and even economics. While those are all impressive accomplishments, Defoe's name has lived on through Robinson Crusoe, one of the first and finest novels ever written. The book is written as a fictional autobiography of Robinson Crusoe, a castaway who spends nearly 30 years on a tropical island, where he encounters all kinds of danger and adventures. Published in the early 18th century, the novel may have been inspired by a real Scottish castaway, Alexander Selkirk, who lived for nearly 5 years on a Pacific Island. That island's name has since been changed to Robinson Crusoe Island. Robinson Crusoe was a stark departure from the typical literature of the day, which was still based on ancient mythology, legends, and history.