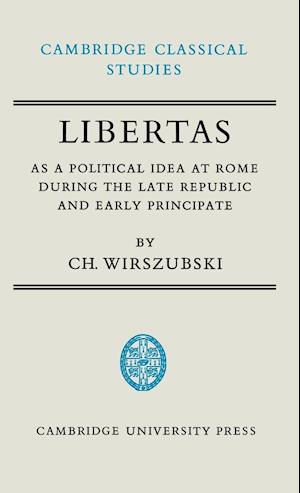 This study describes the meaning of libertas as a political idea at Rome during the two hundred years or so between the Gracchi and Trajan, a period in which the Republican constitution gradually gave way and was finally superceded by the Principate which, in its own turn, considerably changed during the first century AD. Libertas, while identified with the republican constitution during the Republican period, continued to be a popular slogan and a constitutional principle under the Principate, and C H Wirszubski questions whether the political content of Roman libertas changed as the Roman constitution was transformed. He explores the general characteristics of libertas before engaging with both the background and the major points that were at issue, concluding his analysis with consideration of libertas in the context of the Principate. Originally published in the 1950s, Wirszubski's classic study has been digitally reprinted for a new generation of scholars.