- Patton's Race for the Seine 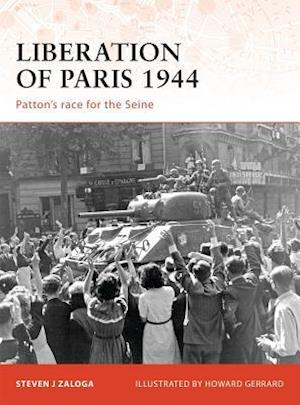 In July 1944, Operation Cobra broke the stalemate in Normandy and sent the Allies racing across France. The Allied commanders had ignored Paris in their planning for this campaign, considering that the risk of intense street fighting and heavy casualties outweighed the city's strategic importance. However, Charles de Gaulle persuaded the Allied commanders to take direct action to liberate his nation's capital. Steven J Zaloga first describes the operations of Patton's Third Army as it advanced towards Paris before focussing on the actions of the Resistance forces inside the city and of the Free French armoured division that fought its way in and joined up with them to liberate it on the 24th August. On the back of this morale-boosting victory, De Gaulle could finally proclaim Paris to be liberated, as one of the world's loveliest cities survived Hitler's strident command that it should be held at all costs or razed to the ground.