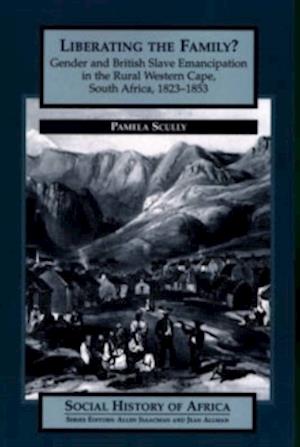 The author of this study argues that the ending of slavery in South Africa's Cape Colony initiated an era of exceptional struggle about cultural categories and sensibilities. Far more than simply abolishing bonded labour, British slave emancipation reconfigured the relations between men and women, and individual and society. It was precisely because emancipation implied that slaves would be free to live as they pleased that claims regarding the legitimacy of specific family, labour, gender and sexual relations became central to the struggle by various colonial groups to shape post-emancipation society. The author postulates that for government officials the linkage between political economy to questions of cultural reproduction became a crucial component of the construction of colonial society.

Forfattere
Bibliotekernes beskrivelse Examines the complex impact of the end of slavery in the Cape on other social relations.