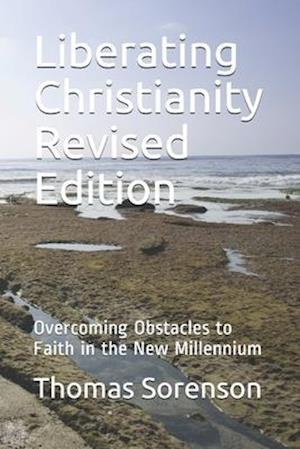 Christianity is in crisis in our North American context, especially among the cultural elite and people with progressive views. The reasons for the faith's loss of credibility have to do, in large part, with the dominant philosophical materialism of our culture and with the understanding of the faith almost universally held by Americans both inside the churches and outside them. In this book, Thomas C. Sorenson calls this understanding "Biblicism," by which he means the belief that the Bible is to be understood only literally and that, in one way or another, its authority comes from its claimed origin with God. Many enlightened people also reject Christianity because the only Christianity they know is the judgmental, socially conservative faith that the most vocal and visible advocates of the faith among us so loudly espouse.

This book offers a different understanding of the faith. It begins with a discussion of the universal human experience of the spiritual dimension of reality. It then discusses symbol and myth as the necessary language for communicating that experience. The book shows that all human experience is necessarily subjective and that religious truth is thus also necessarily subjective. Therefore, religious truth is relative, not universal and absolute. The work argues that the Bible is a human work expressing its authors' experience of the divine. The book then discusses other obstacles to faith and offers a different understanding of the issues they raise. The book replaces the classical theory of atonement with a theology of the cross, based mainly on the work of Douglas John Hall. It redefines salvation as having to do with this life, not with the afterlife. It closes with a section that replaces the dominant social conservatism of popular Christianity with Jesus' teachings of nonviolence, economic, justice, and radical inclusivity.