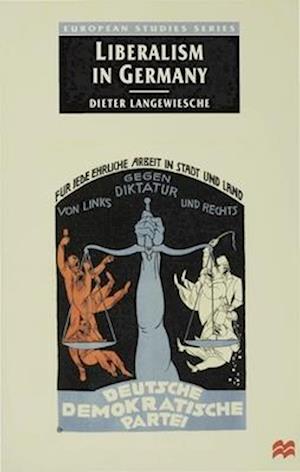 In the nineteenth century, German Liberalism grew into a powerful political movement vociferous in its demands for the freedom of the individual, for changes to allow the participation of all men in the political system and for a fundamental reform of the German states. As elsewhere in Europe, Liberalism was linked not only with a strong social commitment, but also with the formation of a national state. In this concise and authoritative study of liberalism in German, Dieter Langewiesche analyses the foundation and development of German liberalism from the nineteenth to the twentieth century. He takes into account the most recent research and scholarship in this field, examining the role of individual German states, the local roots of liberalism, the links between liberalism and its social bases of support, especially from bourgeois groups, and the forms of political organisation adopted by the liberals. The author addresses issues fundamental to an understanding of liberalism in Germany and the formation of the modern German state.