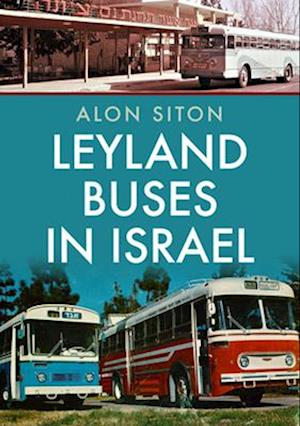 This book, the first ever written on the subject of Leyland buses in Israel, tells the story of the company's decades-long partnership with the state of Israel.First introduced on a large scale in Israel in the fifties, the Leylands were phased out in the late eighties before being retired completely, having been replaced with modern German bus models that were built by Daimler Benz and MAN. Some were sold abroad, to developing countries, where they are said to be still running today, but the majority were quietly scrapped and broken up. Fortunately a few escaped the cutter's torch and are kept in mint condition in Egged's Heritage Center in Holon, a symbol of solid British engineering. For countless Israelis who are old enough to remember the sight and the sound of a Leyland bus in the streets of Jerusalem and Tel Aviv, they provide a chance to go back in time for one more ride on the elderly Tiger.As a tribute to what can only be described as the most durable and reliable buses to have ever run in Israel, this book is token of admiration and appreciation of that powerful, all-terrain workhorse: the Leyland bus.