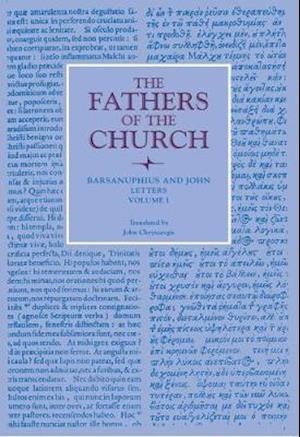 The complete text of the Letters of Barsanuphius and John appears here in English for the first time. John Chryssavgis's faithful and deft translation brings vividness and freshness to the wisdom of a distant world, ensuring its accessibility to contemporary readers. Addressed to local monastics, lay Christians, and ecclesiastical leaders, these remarkable questions and responses (850 of them) offer a unique glimpse into the sixth-century religious, political, and secular world of Gaza and Palestine during a period torn by doctrinal controversy and in a context shaped by the tradition of the early desert fathers. The ""great old man,"" Barsanuphius, and the ""other old man,"" John, flourished near Gaza around the early sixth century. Choosing to dwell in complete isolation, they saw no one with the exception of their secretaries, Seridos and the well-known Dorotheus of Gaza. Barsanuphius and John communicated in silence through letters with numerous visitors who approached them for counsel. Curiously, this inaccessibility became the very reason for the popularity of the elders. They formed an extraordinarily open system of spiritual direction, which allowed space for conversation and even conflict in relationships, while also accounting for the wisdom and the wit of the correspondence. Barsanuphius's inspirational advice responds to problems of a more spiritual nature; John's institutional advice responds to more practical problems. The two elders in fact complement one another, together maintaining a harmonious authority-in-charity. Their letters are characterized by spontaneity and sensitivity, as well as by discretion and compassion. They stress ascetic vigilance and evangelical ""violence,"" gratitude and joy, humility and labor, prayer and tears.