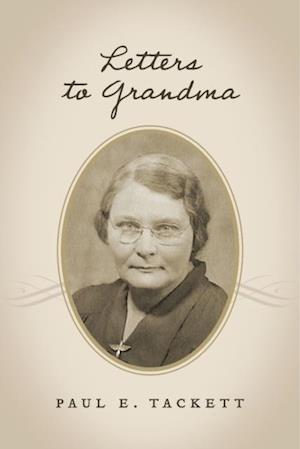 This book is written as an update to a grandmother who died in 1957. She was a quiet, reserved lady who was a woman of faith and was a member of a denomination which no longer exists. In the years since her death, the world has changed a great deal, and this is an attempt to bring her up to date on how the modern world differs greatly from the one she left. There is no doubt that she would not recognize the modern vision of the world, the way religion has changed, the way the standards of living have changed, as well as the ever larger gap between people of great means and those who struggle for survival. She would be shocked at the behavior of societies, and even the behavior of members of the great religion of Christianity. It really does not matter what conclusions she might draw from these descriptions of life now, since she is no longer here to be a part of them. One may say 'Why write it?' Perhaps the most compelling reason is that it is an attempt by the author to sort out memories and, perhaps in the process of doing so, learn a bit more about himself, the world around him, and how the world got where it is today. It may be a quest upon which everyone should be. If the saying 'Those who forget history are doomed to repeat it' is valid, then it seems there is no better time than the present to begin the kind of study which most of us did in school, but with the exponential changes of the world and those living in it, all of us are probably woefully behind in the affairs of the day, whether they be personal, family, community, state, nation, or the world. Some may believe today is the only opportunity to understand and change for the better the global community in which we live.