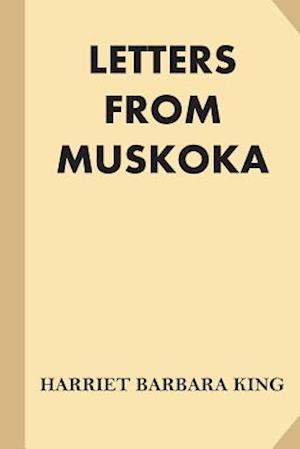 Originally published in 1878. PREFACE TO THE LETTERS OF AN EMIGRANT LADY.

In laying before the public a sketch of our "Bush" experiences during the first year after our arrival in Muskoka, Ontario, Canada, I desire to state the reasons which prompted us to such an imprudent step as emigration, without even the moderate capital necessary for any one who would start with the slightest chance of success. The Franco-German War in 1870 was the means of breaking up our happy home in France, which, with one short interval, had been the shelter of my family and myself during fifteen years of widowhood. The commencement of the war found us living in the outskirts of St. Pierre-l s-Calais, a suburb of Calais, and a busy place, full of lace factories. Our house and grounds, quite open to the country at the back, fronted the canal which communicates with the sea at Calais.

When the war had made some progress, and the German army appeared to be steadily advancing through France, we found ourselves in a most unpleasant dilemma-in fact, literally between fire and water

The civic authorities made known that, in case of the approach of a German army, it was their fixed intention to cut the sluices, and to lay the adjacent country under water for a distance of ten miles, and to a depth of seven feet. Our large, rambling, convenient old mansion, which shook with every gale of wind, and had no cellarage nor secure foundation of any kind, we felt would surely be submerged.

Moreover, the military commandant notified that in case Calais were threatened with siege, all houses and buildings within the military zone would be blown up, to allow free range for the cannon on the ramparts. This was pleasant intelligence to people in the direct line of fire, and with a certainty of very short notice to quit being given. Still, we took the chances, and stood our ground.