Letters from Filadelfia: Early Latino Literature and the Trans-American Elite 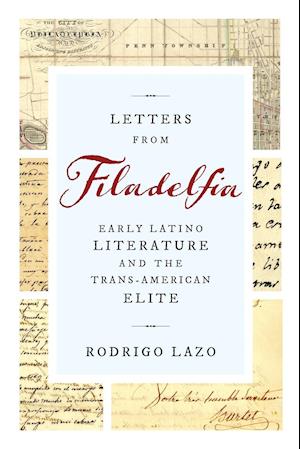 For many Spanish Americans in the early nineteenth century, Philadelphia was Filadelfia, a symbol of republican government for the Americas and the most important Spanish-language print center in the early United States. In Letters from Filadelfia, Rodrigo Lazo opens a window into Spanish-language writing produced by Spanish American exiles, travelers, and immigrants who settled and passed through Philadelphia during this vibrant era, when the city's printing presses offered a vehicle for the voices advocating independence in the shadow of Spanish colonialism.

The first book-length study of Philadelphia publications by intellectuals such as Vicente Rocafuerte, José María Heredia, Manuel Torres, Juan Germán Roscio, and Servando Teresa de Mier, Letters from Filadelfia offers an approach to discussing their work as part of early Latino literature and the way in which it connects to the United States and other parts of the Americas. Lazo's book is an important contribution to the complex history of the United States' first capital. More than the foundation for the U.S. nation-state, Philadelphia reached far beyond its city limits and, as considered here, suggests new ways to conceptualize what it means to be American.