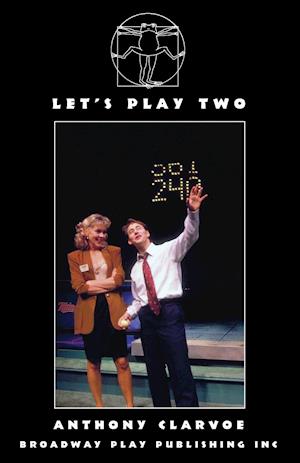 “Elegantly written…it evolves into a moving argument for that eternal gamble with terrible odds: taking a chance on love. The pleasure…is its unexpected depth. The intimacy of the conversation draws the audience in; before LET’S PLAY TWO is over, you may find yourself in tears over Grace’s delicate emotional condition and, more significantly, Phil’s capacity for acceptance and goodness.”

“LET’S PLAY TWO hits a home run…. Anthony Clarvoe pulls off a difficult feat and makes it look easy. At a time when romance is often cynically treated onstage as some sort of poisoned folly, he makes us care about two ordinary, likable people trying to connect…. LET’S PLAY TWO is a genuine date play. Clarvoe turns us all into fans and gets us rooting for both sides at once.”

“LET’S PLAY TWO…should please anybody who enjoys a tender, rueful, well-acted romantic comedy…. The play is not really about baseball—it’s about a turning point in the romance between two baseball fans. Clarvoe never glorifies, nor condescends to, his average guy and gal characters. He always observes them with clear eyes, but affectionate humor and respect…. LET’S PLAY TWO is highly engaging, and surprisingly, it lingers with a sweet poignancy long after it’s over.”

“Clarvoe writes exceptionally clever dialogue. He knows how to map out the psychological journeys of Grace and Phil so that we remain eager to travel along for two acts and two hours. And he’s created two characters at once familiar and endearingly oddly matched. The further you travel with Grace and Phil, the more you end up liking—and rooting for—both of them.”

“Clarvoe is more interested in the human comedy than the comedy of errors. Baseball anecdotes and metaphors abound, but they’re never belabored. The lovers are an appealing pair, fighting against love as hard as they fight for it, and their simultaneous win and loss is sweet to see.”