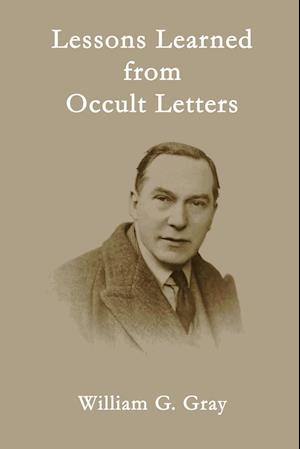 In this fascinating book William G. Gray, the renowned English Kabbalist and Ceremonial Magician, delineated some of the lessons he learned from the letters which passed between himself and the Martinist, Emil Napoleon Hauenstein, his Austrian mentor and friend, whom he affectionately referred to as ÒE.N.H.,Ó and who classified himself a Òmystic.Ó Hauenstein was an ÒInitiateÓ of the well-known French Occultist Papus (Gerard Encausse). He addressed important psycho-spiritual occult principles and doctrines in his letters, and since ÒOccultism is the study and practice of subjects and laws which are beyond the bounds and limitations of ordinary physical or even mental experience,Ó he directed his young protegŽ in unfolding a well-regulated ÒSelf,Ó who is in full control of all his personal faculties. This is of particular importance in understanding, as William Gray noted, that ÒOccultism is not a pastime, it is a Power, a Purpose, a Progress, and a PathÓÑa Way of Life!