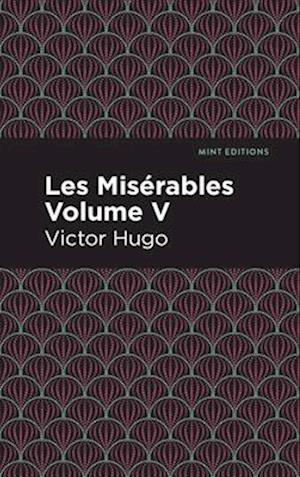 At the height of the student revolt, Valjean arrives at the barricade and saves multiple lives including Marius, who is still eager to find Cosette. Despite his family and Valjean's reservations, Marius is committed to marrying her.Jean Valjean joins the revolt and finds the streets in disarray. He locates Marius who has been badly injured but is still alive. While attempting to bring Marius to safety, Valjean encounters a couple of dangerous figures from his past. Inspector Javert finds himself in a peculiar position where Valjean expresses mercy instead of vengeance. It's an unsuspecting act that challenges his outlook. Elsewhere, Marius heals and finally reunites with Cosette. The couple decides to get married but are blindsided by Valjean's unspoken truth.Les Miserables Volume Five: Jean Valjean is a brilliant finale to one of the most revered novels of all-time. It is a compelling story marked by unforgettable characters.This is a captivating tale that's been adapted multiple times for stage, television and film. The most notable being the 2012 Oscar-winning production from director, Tom Hooper. With an eye-catching new cover, and professionally typeset manuscript, this edition of Les Miserables Volume Five: Jean Valjean is both modern and readable.