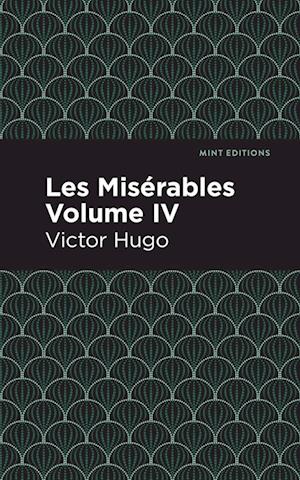 Marius and Cosette's union is strained by Valjean's sudden plan to leave the country and the growing tension between the disillusioned students and national government. The couple struggles to navigate the unstable social and political climate.Following a close call with Inspector Javert, Jean Valjean plans to leave France for England. He informs Cosette, who is heartbroken, as she's still in love with Marius. The young man attempts to take her hand in marriage but is sidetracked by social conventions that require his family's blessing. Marius is also pulled into a student revolt which has taken over the city's streets. A revolution has begun, and everyone is forced to choose a side.Les Miserables Volume Four is an action-heavy entry in Victor Hugo's enduring story. Characters and ideals collide during a volatile exchange that shifts the direction of the entire series. This is one part of a captivating tale that's been adapted multiple times for stage, television and film. The most notable being the 2012 Oscar-winning production from director, Tom Hooper. With an eye-catching new cover, and professionally typeset manuscript, this edition of Les Miserables Volume Four: The Idyll in the Rue Plumet and the Epic in the Rue St. Denis is both modern and readable.