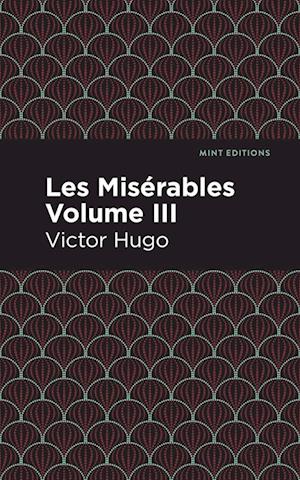 After eight years away, Jean Valjean and Cosette, living under new identities attract the attention of their former innkeepers who are seeking money and revenge. With the help of an idealistic young man, the pair attempts to escape unscathed.Despite their rough origins, Jean Valjean and Cosette have managed to create a peaceful life for themselves. Cosette has grown into a beautiful young woman and catches the eye of Marius. The two of them fall in love but their courtship is interrupted by Cosette's sudden departure. After a brief hiatus, Marius discovers Cosette and Valjean have adopted new names and occupations. They are living as wealthy philanthropists and are being targeted by the innkeepers who recently moved to their city. Once again, they plan to extort Valjean and use Cosette as leverage.In Les Miserables Volume Three: Marius, Valjean and Cosette are haunted by figures from their troubled past. Meanwhile, Marius is an unexpected ally who plays an integral role in their journey. This is one part of a captivating tale that's been adapted multiple times for stage, television and film. The most notable being the 2012 Oscar-winning production from director, Tom Hooper. With an eye-catching new cover, and professionally typeset manuscript, this edition of Les Miserables Volume Three: Marius is both modern and readable.