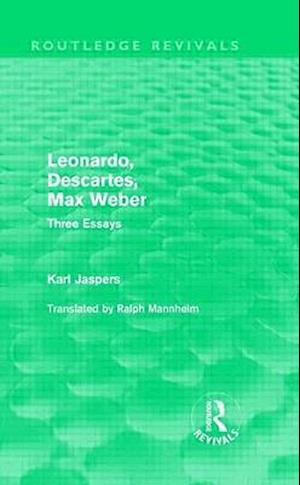 First published in 1965, this collection of three essays by influential German philosopher Karl Jaspers deals with the response of the philosophical mind to the world of reality, with the search for truth. In Leonardo, this search is shown in the thinking and the works of a supreme artist whose means of apperception are the senses.The essay on Max Weber commemorates a man Jaspers knew personally and ardently admired.The main essay in the collection is an exhaustive, three part study of Descartes: analysing Descartes' new philosophical operation, Descartes' Method, and the position of his philosophy within the wider historical context of philosophical thought.