- The True Story of an Amazing Rescue 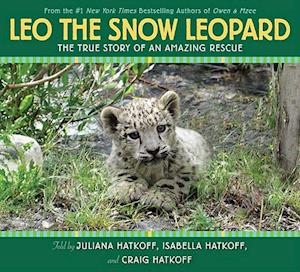 The true story of a baby snow leopard's amazing rescue.

When Leo was less than seven weeks old, he became orphaned in the snowy Himalayan mountains in Pakistan. Snow leopards need their mothers during the first two years of their lives, but Leo was all alone. Luckily, the cub was rescued by a kind shepherd and his family, who hand-fed Leo and kept him safe. But Leo quickly grew too large and was given to Pakistani authorities, who also found themselves without the resources to help him. When the Wildlife Conservation Society learned of Leo's plight, they knew they had to do something. There was a special place that could save Leo: