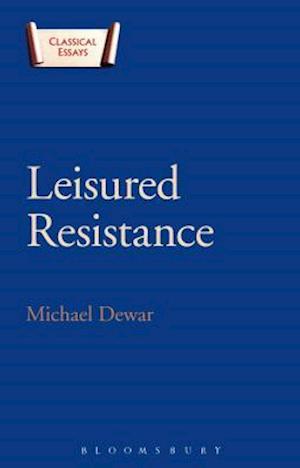 Leisured Resistance examines the varied ways in which cultured Roman aristocrats, of very different periods, used their country estates as a political and literary tool. While for some the villas were retreats in which to compose literature and to escape from politics, others adapted this same tradition of cultured otium (or deliberate retirement from everyday politics) to present radical and competing visions of society and literature alike. Examining in-depth sources from both prose and verse from the time of Cicero to the last centuries of the Roman Empire in the west, the title demonstrates how the traditional image of the Roman aristocrat on his country estate was politically and socially very flexible: allowing authors, as times and circumstances changed, to present themselves or their patrons and friends as being in retreat from politics, or alternatively, as providing a focus for political opposition through the deliberate embracing of cultural values and schools of philosophy that offered resistance to prevailing political orthodoxy. The title ends by exploring how this tradition was adapted in the greatly changed world of the barbarian-ruled kingdoms that replaced direct Roman rule in Gaul in the fifth and sixth centuries.