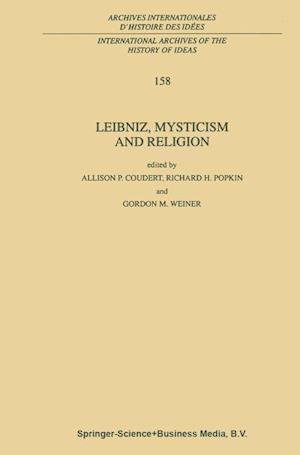 Some scholars in the history of ideas have had a growing interest in examining Leibniz's many discussions ofvarious aspects of religion, Christian, Jewish and far eastern. Leibniz, with his voracious interest and concern for so many aspects of human intellectual and spiritual life, read a wide variety of books on the various religions of mankind. He also was in personal contact with many of those who espoused orthodox and non-orthodox views. He annotated his copies of many books on religious subjects. And he was working on schemes for reuniting the various Catholic and Protestant churches in Europe. Studies on Leibniz's views on Judaism, on the Kabbalah, on Chinese thought have been appearing over the last decades. It was decided by some of us that since there has been a growing interest in this side of Leibniz's thought it would be a good idea to bring together a group of scholars working on different aspects of Leibniz's views on religion, mysticism and spiritualism, in order to h~ve them present papers on their current researches, and to have the opportunity for lengthy discussion, formal and informal, in the most pleasant academic ambiance of the William Andrews Clark Library in Los Angeles. Under the sponsorship of the UCLA Center for Seventeenth and Eighteenth Century Studies, a workshop conference was held November 18-19, 1994.