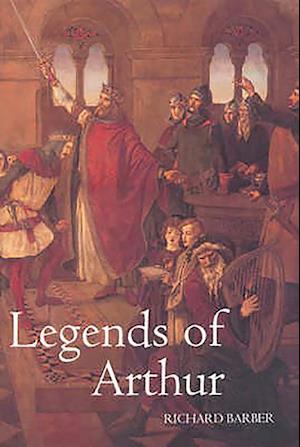 The image of Arthur has haunted the poets and writers of western Europe for nearly nine centuries, and there is no sign of an end to the reign of the "once and future king" in the world of literature. The Arthurian epic is as popular a subject now as it was when it was first fashioned, and the stories about Arthur and the heroes associated with him come in a bewildering number of guises. The sheer variety of the legends, both in style and content, is extraordinary; and this collection attempts to present, in a small space, something of this diversity. Sir Thomas Malory, half a millennium ago, plundered a whole range of sources to create his masterpiece, Le Morte Darthur; but he did so to weld them together within the framework of Arthur's own career. Legends of King Arthur draws on different sources, but emphasises the way in which writers have created new stories around the great heroes, or have told the stories in different ways. So there are two versions of each hero's exploits. Arthur is shown as emperor and warlord, and as the triumphant and tragic king of the romances, betrayed by Lancelot and Guinevere. Gawain is the central figure of the wonderful adventures of a Dutch romance, and the courtly and subtle hero of the English masterpiece Sir Gawain and the Green Knight. Tristan appears as the single-minded lover of Iseult in the original version of his story, and then as a knight of the Round Table whose devotion to chivalry is almost as great as his passion for his beloved. In these differing versions, we can see how the Arthurian romances held the medieval world spellbound for so long, in all their colour and variety. RICHARD BARBER's books on Arthur include Arthurian Legends: An Illustrated Anthology, King Arthur: Hero and Legend and Myths and Legends of the British Isles.

Forfattere
Bibliotekernes beskrivelse This anthology shows the diversity of the Arthurian legends and their many sources by presenting contrasting versions of the stories of Arthur, Gawain, Tristan and other medieval Arthurian heroes - and heroines.