Legal Visions of the 21st Century 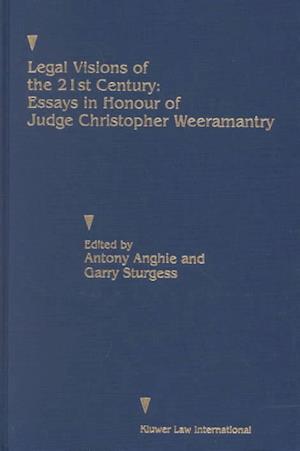 Legal Visions of the 21st Century honours Judge Christopher Weeramantry by carefully culling a range of contributions to explore the broad themes that have been the subject of Judge Weeramantry s career. Judge Weeramantry has written distinguished books on Roman Dutch Law, Jurisprudence, the relationship between Law and Science, International Law and International Human Rights Law. The coverage of Legal Visions of the 21st Century includes: - Jurisprudence and Comparative Law; - Human Rights and Bioethics; - Judging and the Judiciary; - fascinating aspects of general International Law and the International Court of Justice; and - 'appreciations' - the final selection of the volume, which conveys an idea of the role Judge Weeramantry played in the offices he held prior to his appointment to the International Court of Justice. In the manner of a true legal discussion, the essays reflect a variety of opinions, including those that oppose the views of the honoree. Anyone interested in current intellectual challenges in international law will want to read and re-read every section of this compelling work.