Legal Science in the Early Republic 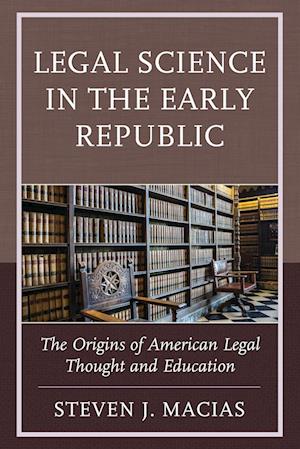 This work examines the intellectual motivations behind the concept of "legal science"-the first coherent American jurisprudential movement after Independence. Drawing mainly upon public, but also private, sources, this book considers the goals of the bar's professional leaders who were most adamant and deliberate in setting out their visions of legal science. It argues that these legal scientists viewed the realm of law as the means through which they could express their hopes and fears associated with the social and cultural promises and perils of the early republic. Law, perhaps more so than literature or even the natural sciences, provided the surest path to both national stability and international acclaim. While legal science yielded the methodological tools needed to achieve these lofty goals, its naturalistic foundations, more importantly, were at least partly responsible for the grand impulses in the first place. This book first considers the content of legal science and then explores its application by several of the most articulate legal scientists working and writing in the early republic.