Legal Protection of Children Against Sexual Exploitation in Taiwan 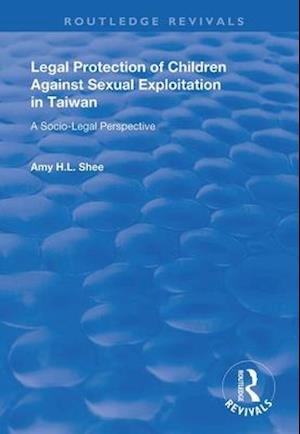 First published in 1998, this volume responds to child-prostitution being recognised as a major social problem in modern capitalist Taiwan. It is defined, both legally and socially, as a problem of 'sexual transactions involving children and juveniles', thus the issue of child maltreatment is submerged under other concerns. However, the main concern of this book is the protection of children from maltreatment, so related socio-legal measures will be examined by this parameter. During the social campaigns against child prostitution, structural problems such as police corruption, male sexual perversion, socio-economic inequality, and the maladjustment of aboriginal people in the modern Taiwanese society are subjugated to increasing criticism. Nevertheless, efforts to encounter any of them have had very limited accomplishment. This book intends to show that the functions of law in the prevention and treatment of the social problem of child prostitution cannot work as intended if those structural problems are not properly tackled. Suggestions are also made to address the need to reconceptualise the problem in the analytical framework of child maltreatment and to recommend the direction for reformation of policy and practice.