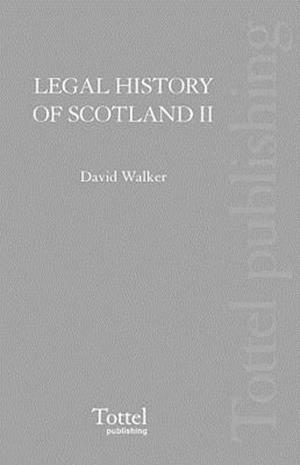 Professor Walker's Legal History of Scotland will be published in seven volumes. It is the only attempt yet made to write a chronological narrative account of the development of the Scottish legal system from early times on a substantial scale, with extensive reference to original sources. That development is wholly different from that of the English legal system. Attention is given at all stages to sources and legal literature, the influences of other legal systems, the courts and procedure, the lawyers, the roles of Parliament and the Privy Council, and to public, criminal and private law, both substantive and procedural.The second volume is a narrative account examining and describing the law of Scotland as it evolved in the late Medieval period from 1286 to 1488. The events covered include attempts to develop a central superior court, the development of Sheriff, Baron and Regality Courts and the law of the Church and the burghs.