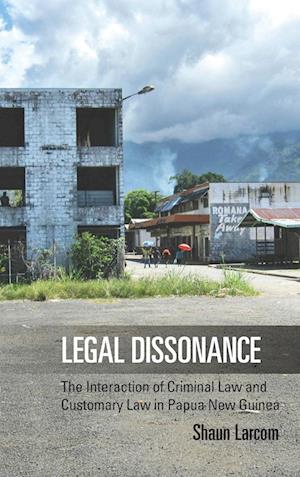 Papua New Guinea's two most powerful legal orders -- customary law and state law --undermine one another in criminal matters. This phenomenon, called legal dissonance, partly explains the low level of personal security found in many parts of the country. This book demonstrates that a lack of coordination in the punishing of wrong behavior is both problematic for legal orders themselves and for those who are subject to such legal phenomena Legal dissonance can lead to behavior being simultaneously promoted by one legal order and punished by the other, leading to injustice, and, perhaps more importantly, undermining the ability of both legal orders to deter wrongdoing.