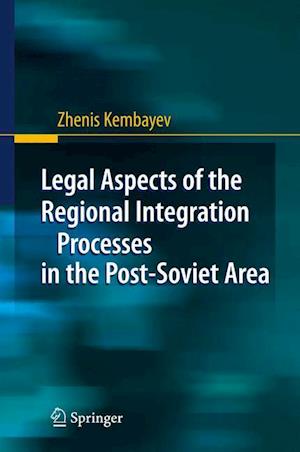 Legal Aspects of the Regional Integration Processes in the Post-Soviet Area is the first ever comprehensive overview of regional integration processes in the territory of the former USSR introducing the core concepts of regional integration theory and presenting a solid foundation of factual information regarding all the regional integration agreements (RIAs) operating in the Eurasian landmass and consisting of the former Soviet republics. The book analyzes the legal nature and background of the regional integration in the framework of the Commonwealth of Independent States, the Russian-Belarusian Union, the Single Economic Space, the Eurasian Economic Community and the Collective Security Treaty Organization. It also deals with the RIAs created outside of the Russian control in the format of GUAM and among Central Asian countries. Finally, the book contains conclusive remarks attempting to assess the possibility of the creation of an Eurasian Union.