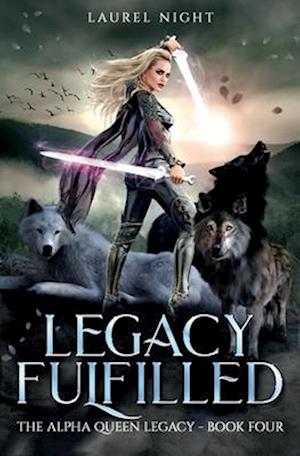 Just when I thought this quest couldn't end soon enough...Yet another surprise sends us sprinting further north in a desperate search for a cure.

We're running out of time, and the life of my mate-let alone the entire world-rests in the balance.

Because now we know the legacy isn't just about the Alpha Queen. An ancient evil has been growing in hidden places, aided by the Elders and their bitter determination to keep secrets.

As darkness closes in, our last ray of hope is to fulfill the legacy of the Alpha Queen and end the wraiths for all time.

Or fail, and doom the world to eternal night.

Legacy Fulfilled is the fourth and final book in The Alpha Queen Legacy, featuring a badass heroine, a dark fantasy world, and loads of sexy wolf shifters. Be warned: This is a slow burn, reverse harem romance. Once you pick this story up, you won't be able to stop devouring it until the very last page.