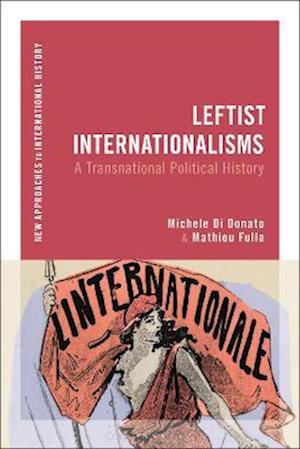 This volume offers a new perspective on the political history of the socialist, communist and alternative political Lefts, focusing on the role of networks and transnational connections. Embedding the history of left-wing internationalism into a new political history approach, it accounts for global and transnational turns in the study of left-wing politics. The essays in this collection study a range of examples of international engagement and transnational cooperation in which left-wing actors were involved, and explore how these interactions shaped the globalization of politics throughout the 20th century. In taking a multi-archival and methodological approach, this book challenges two conventional views - that the left gradually abandoned its original international to focus exclusively on the national framework, and that internationalism survived merely as a rhetorical device. Instead, this collection highlights how different currents of the Left developed their own versions of internationalism in order to adapt to the transformation of politics in the interdependent 20th-century world. Demonstrating the importance of political convergence, alliance-formation, network construction and knowledge circulation within and between the socialist and communist movements, it shows that the influence of internationalism is central to understanding the foreign policy of various left-wing parties and movements.