Left Front and After

- Understanding the Dynamics of Poriborton in West Bengal

indgår i serie SAGE Series on Politics in Indian States 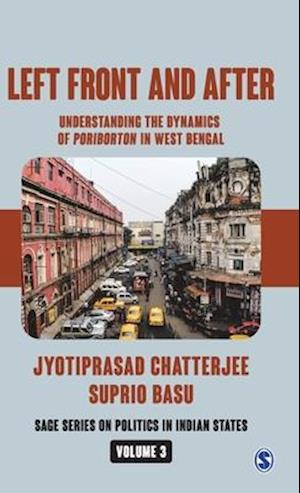 The politics of West Bengal was long known for the uninterrupted rule of the Left Front from 1977 to 2011. For a long period, the politics of the state was marked by overt absence of caste-, religion- and ethnicity-based contestations and this made West Bengal an exceptional case. Adopting a historical and comparative approach, the book traces the changing nature of politics of West Bengal since the late 1990s. It documents how economic and social degeneration in the state led to increasing caste and identity assertions and left-wing extremist politics. It chronicles the history of the social movements at Singur and Nandigram that ultimately challenged the Left hegemony and initiated the much talked-about poriborton (change) in West Bengal politics. With the help of the unique data sets of National Election Studies, the book closely analyses the shifting nature of state-level political dynamics under the rule of the All India Trinamool Congress (AITC) in the context of broader socio-economic changes. The book presents emerging party competition in the state marked by the eclipse of both the Left and the Congress and the arrival of the BJP.

Forfattere
Bibliotekernes beskrivelse This book closely analyzes the shift in the nature of political processes as well as the current political dynamics in West Bengal.