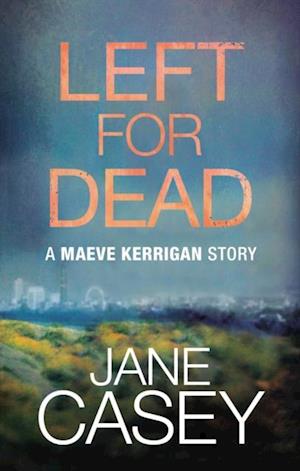 Two women died every week in the UK at the hands of a partner or ex-partner. On average, women endured thirty-five incidents of domestic abuse before contacting the police.And then I showed up the thirty-sixth time and stumbled through my arguments for why the victim should trust us. As if we could save them.It had been two months, and so far I remembered all of their faces. So far, none of them had turned up on the daily briefing as the borough s latest homicide. A violent rapist is attacking women, leaving them for dead on south London streets. Then young police woman Maeve Kerrigan responds to a domestic disturbance and stumbles across the latest victim. But as a new recruit and a female to boot she must battle sexism from her colleagues in her bid to be taken seriously enough to even assist on the case...Jane Casey s bestselling D.C. Kerrigan books have earned her many fans. This exclusive digital short story takes Maeve back to her early days as a rookie police woman.