Leeds United in the 21st Century 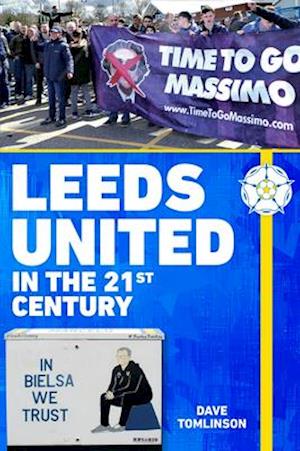 The last twenty years have been tortuous for supporters of Leeds United Football Club. In 2001 they were in the final four of the Champions League; within six years they were condemned to the third tier of English football for the first time. A financial implosion brought a record GBP50 million loss in 2003, United 'enduring the nightmare' rather than 'living the dream'.After a dismal period of ownership by a local consortium brought the sale of the Elland Road stadium, Leeds were twice 'rescued' from financial collapse by the controversial Ken Bates. Amidst this turmoil, Leeds beat Manchester United in a legendary FA Cup clash at Old Trafford in 2010 and won an emotion-soaked promotion from League One. The summer of 2012 was dominated by rumours as a bank from the Middle East courted Bates, but the empty promises ran into the sand and GFH sold out to Massimo Cellino, an egocentric and eccentric Italian corn magnate. His near-the-knuckle business dealings pitched Leeds into more disputes with the Football League as Cellino went through managers like a hot knife through butter. When the Italian sold to Andrea Radrizzani in 2017, Leeds finally had stable leadership and the recruitment of the feted Marcelo Bielsa a year later brought Leeds to new playing heights. Engulfed by the 'Spygate' dispute with Frank Lampard's Derby County, United missed out on promotion by a whisker in 2019 but finally achieved the promotion they so dearly coveted the following season despite nearly being derailed by the pandemic. Bielsa's men took the Premier League by storm with their effervescent football and now look forward to a bright future.Beginning in 2000 as football's finances started to boom, this book tells the tale of how Leeds United tried to capitalise on the financial gravy train and almost perished in the process but retained the loyal and passionate support through thick and thin of one of the most committed fan bases in Europe.

Forfattere
Bibliotekernes beskrivelse The story of Leeds United's roller coaster ride through the 21st century from Champions League semi-finals to financial mismanagement, boardroom wrangles and relegation - and hope of their eventual return to the top tier. 8 Plates, color