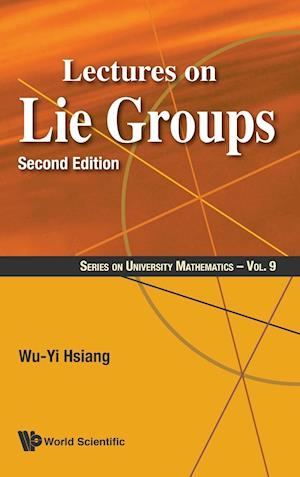 This volume consists of nine lectures on selected topics of Lie group theory. We provide the readers a concise introduction as well as a comprehensive 'tour of revisiting' the remarkable achievements of S Lie, W Killing, E Cartan and H Weyl on structural and classification theory of semi-simple Lie groups, Lie algebras and their representations; and also the wonderful duet of Cartan's theory on Lie groups and symmetric spaces.With the benefit of retrospective hindsight, mainly inspired by the outstanding contribution of H Weyl in the special case of compact connected Lie groups, we develop the above theory via a route quite different from the original methods engaged by most other books.We begin our revisiting with the compact theory which is much simpler than that of the general semi-simple Lie theory; mainly due to the well fittings between the Frobenius-Schur character theory and the maximal tori theorem of E Cartan together with Weyl's reduction (cf. Lectures 1-4). It is a wonderful reality of the Lie theory that the clear-cut orbital geometry of the adjoint action of compact Lie groups on themselves (i.e. the geometry of conjugacy classes) is not only the key to understand the compact theory, but it actually already constitutes the central core of the entire semi-simple theory, as well as that of the symmetric spaces (cf. Lectures 5-9). This is the main reason that makes the succeeding generalizations to the semi-simple Lie theory, and then further to the Cartan theory on Lie groups and symmetric spaces, conceptually quite natural, and technically rather straightforward.