- Proceedings of the Symposium Organized by the Sonderforschungsbereich 438 on the Occasion of Karl-Heinz Hoffmann's 60th Birthday, Munich, June 30 - July 1, 1999 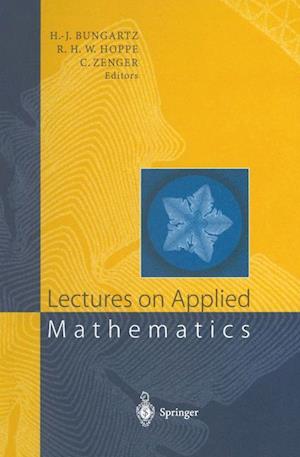 When the DFG (Deutsche Forschungsgemeinschaft) launched its collabora­ tive research centre or SFB (Sonderforschungsbereich) 438 "Mathematical Modelling, Simulation, and Verification in Material-Oriented Processes and Intelligent Systems" in July 1997 at the Technische Vniversitat Munchen and at the Vniversitat Augsburg, southern Bavaria got its second nucleus of the still young discipline scientific computing. Whereas the first and older one, FORTWIHR, the Bavarian Consortium for High Performance Scientific Com­ puting, had put its main emphasis on the supercomputing aspect, this new initiative was now expected to focus on the mathematical part. Consequently, throughout all of the five main research topics (A) adaptive materials and thin layers, (B) adaptive materials in medicine, (C) robotics, aeronautics, and automobile technology, (D) microstructured devices and systems, and (E) transport processes in flows, mathematical aspects play a predominant role. The formation of the SFB 438 and its scientific program are inextricably linked with the name of Karl-Heinz Hoffmann. As full professor for applied mathematics in Augsburg (1981-1991) and in Munchen (since 1992) and as dean of the faculty of mathematics at the TV Munchen, he was the driv­ ing force of this fascinating, but not always easy-to-realize idea of bringing together scientists from mathematics, physics, engineering, informatics, and medicine for joint efforts in modern applied mathematics. However, scarcely work had begun when the successful captain was called to take command on a bigger boat.