- With an Appendix on Extended MHD 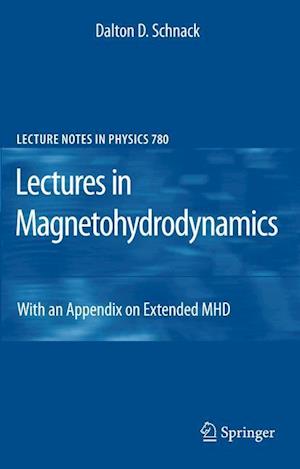 Magnetohydrodynamics, or MHD, is a theoretical way of describing the statics and dynamics of electrically conducting uids. The most important of these uids occurring in both nature and the laboratory are ionized gases, called plasmas. These have the simultaneous properties of conducting electricity and being electrically charge neutral on almost all length scales. The study of these gases is called plasma physics. MHD is the poor cousin of plasma physics. It is the simplest theory of plasma dynamics. In most introductory courses, it is usually afforded a short chapter or lecture at most: Alfven waves, the kink mode, and that is it. (Now, on to Landau damping!) In advanced plasma courses, such as those dealing with waves or kinetic theory, it is given an even more cursory treatment, a brief mention on the way to things more profound and interesting. (It is just MHD! Besides, real plasma phy- cists do kinetic theory!) Nonetheless, MHD is an indispensable tool in all applications of plasma physics.