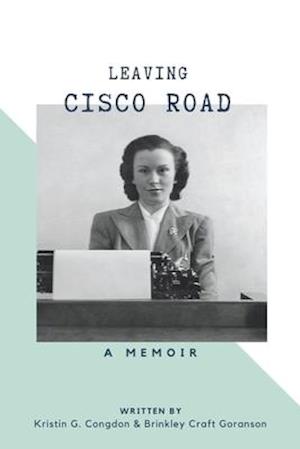 Leaving Cisco Raad is a book about discovering the inner life of a parent as her mind eventually gave way to dementia. Brinkley Craft Goranson, born into poverty in Tyner, North Carolina, to a failed farmer and a mother who would soon be blind, sought a life of adventure, accomplishment, and being noticed. This memoir, composed from decades of private journals that Kristin Congdon began reading before her mother died at the age of ninety- seven, is filled with wit and insight into the workings of one rural community in the 1920s and 30s. There are stories about dysfunctional family members, extreme gender divisions, colorful neighbors, a falling down house, hog killings, snake killings, folk wisdoms, children's folklore, and baptisms in the Chowan River. It is a story of one woman's escape from her childhood home, while repeatedly clinging to it in an effort to heal her origin story. It is a story about a woman who supported herself by the age of seventeen, married, had children, was widowed, and became one of the first female Lutheran ministers after attending Harvard Divinity School in her mid-years. Ultimately, it is a tale about slowly overcoming damaged childhoods, throughout lives and generations