Learning from Counternarratives in Teach For America

- Moving from Idealism Towards Hope 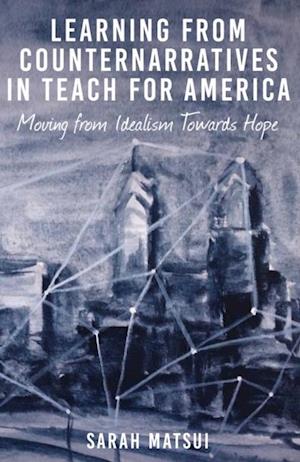 Grounded in the belief that hope comes from a place of reality, not necessarily popular ideology, this book explores the gap between designated and actual narratives within Teach For America. TFA founder Wendy Kopp stated that there is nothing elusive about successful teaching; people simply need to work hard and be disciplined. Taking an inquiry stance, Sarah Matsui surveyed and interviewed 26 of her fellow corps members in the Greater Philadelphia region. Their counternarratives collectively problematize this standard reform rhetoric. Many are working hard, yet their stories and challenges are complex, elusive, and commonly self-described with the words shame, failure, and isolating. Corps members reported experiencing new levels of fatigue, alcohol dependency, depression, and trauma during their two-year service commitment with TFA. Learning from Counternarratives in Teach For America utilizes multiple frameworks to analyze the depth and range of corps members' experiences. Relevant to helping professionals and people working to address constructed systems of inequity, this book ultimately advocates for a more honest, contextualized, and egalitarian approach to reform - one that openly addresses both individual and systemic realities.