Leadership and the Bush Presidency 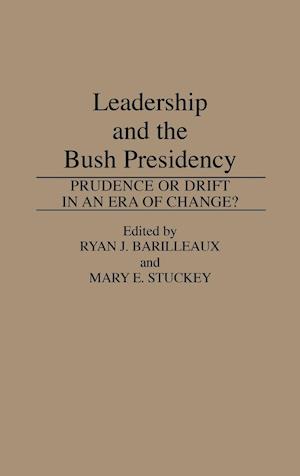 George Bush's critics charge the president with paying undue attention to opinion polls, focusing on symbol rather than substance, and allowing the nation to drift at a time that loudly demands leadership. In response, Mr. Bush's defenders applaud him for his prudence in the face of international instability, his resolution in the face of Iraqi aggression, and his realistic approach to national problems. Each chapter of Leadership and the Bush Presidency addresses these issues with specific regard to the upcoming presidential election, the potential for governance in a second term, and the legacy of the Bush presidency for future presidents.Leadership and the Bush Presidency offers the most comprehensive coverage of the Bush presidency to date. It includes chapters by the nation's foremost political scientists on leadership, executive branch relations, Congress, federalism, public opinion, the Republican Party, conservatives, domestic and foreign policy, and civil rights. This important book should appeal to the general reader seeking information about Bush's approach to the presidency and the conduct of his first term in office; to scholars interested in leadership and the contemporary presidency; to students seeking better understanding of the chief executive office in our times; and to libraries with collections in American politics and history.