Le Corbusier: The Measures of Man

- Corbusier - The Measures of Man 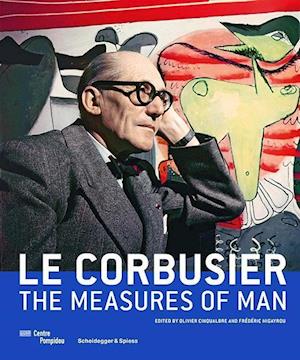 Le Corbusier (1887-1965) - visionary architect, urban planner and theorist of modernity, and also an accomplished painter and sculptor - made a profound impression on the 20th century in dramatically changing architectural design and the way people lived in it. This new book, coinciding with a major retrospective at the Centre Pompidou in Paris, shows the output of this major figure in modernity through the idea of human proportions, the human body being essential as a universal principle defining all aspects of architecture and spatial composition. Le Corbusier: The Measures of Man offers a fresh journey through his work. While the modernist Le Corbusier who created Purist architecture is often pitted against the post-war Le Corbusier, exponent of a concrete Brutalism and more organic forms, the book demonstrates how his entire approach in fact was perfectly seamless. The essays are arranged in five chapters: The Constants of Eurythmia, The Housed Body, The Dimensions of Anthropometry, The Inexpressible Space, and The Universal Man.They are complemented by five visual sections featuring a wealth of illustrations, showing the entire range of Le Corbusier's unceasing creativity, and include much previously unpublished or little-known material.

Forfattere
Bibliotekernes beskrivelse Including previously unpublished material, and produced to coincide with a major exhibition at Centre Pompidou, all the disciplines that Le Corbuisier worked in are covered. Publication also marks the 50th anniversary of Le Corbusier's death in 1965.