Le Corbusier in the Antipodes 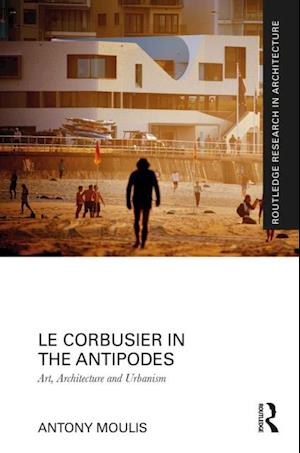 This book considers the architect Le Corbusier's encounters with Australia and New Zealand as a two-way exchange, showing the impact of his ideas and projects on architects of the region whilst also revealing counterinfluences on Le Corbusier in his post-war career that were activated by his contacts.Compiled from detailed archival research undertaken at the Fondation Le Corbusier, Paris, and nationally based archives, Le Corbusier in the Antipodes brings together a set of episodes placing them in context with the history of modern art, architecture and urbanism in 20th century Australia and New Zealand. Key exchanges between Le Corbusier and others never before described are presented and analyzed, including Le Corbusier's contact with Australian architect Harry Seidler at Chandigarh, Le Corbusier's drawing of the plan of Adelaide in 1950 and his creative collaboration with Jorn Utzon on art for the Sydney Opera House. This book also includes analysis of previously unseen Le Corbusier artworks, which formed part of the Utzon family collection. In reading these personal and contingent moments of encounter, the book puts forward new ways of understanding the dissemination and mediation of Le Corbusier's ideas and their effects in post-war Australia and New Zealand.These antipodean contacts are set against the broader story of Le Corbusier's career, questioning received interpretations of his design methods and current assumptions about the influence of his work in national contexts beyond Europe.