Lay Morals, and Other Papers, The Weir of Hermiston & Edinburgh 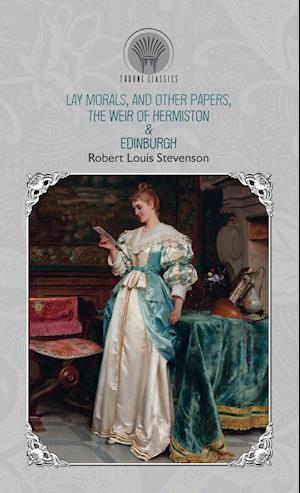 Weir of Hermiston (1896) is an unfinished novel by Robert Louis Stevenson. It is markedly different from his previous works in style and has often been praised as a potential masterpiece. It was cut short by Stevenson's sudden death in 1894 from a cerebral hemorrhage. The novel is set at the time of the Napoleonic Wars.

The novel tells the story of Archie Weir, a youth born into an upper-class Edinburgh family. Because of his Romantic sensibilities and sensitivity, Archie is estranged from his father, who is depicted as the coarse and cruel judge of a criminal court. By mutual consent, Archie is banished from his family of origin and sent to live as the local laird on a family property in the vicinity of the Borders hamlet Hermiston.

While serving as the laird, Archie meets and falls in love with Kirstie (Christina). As the two are deepening their relationship, the book breaks off. Confusingly, there are two characters in the novel called Christina, the younger of whom is Archie's sweetheart.

Edinburgh: Picturesque Notes (titled as Edinburgh in some editions) is a non-fiction travel book written by the Scottish author Robert Louis Stevenson. It was first published in December 1878 as "a paean to his birthplace" and was his second published book following An Inland Voyage.