Law of Freedom in a Platform, or True Magistracy Restored and the True Levellers Standard Advanced (Paperback) 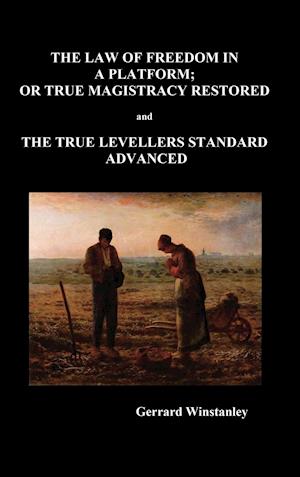 "In the beginning of Time, the great Creator Reason, made the Earth to be a Common Treasury, to preserve Beasts, Birds, Fishes, and Man, the lord that was to govern this Creation; for Man had Domination given to him, over the Beasts, Birds, and Fishes; but not one word was spoken in the beginning, That one branch of mankind should rule over another." -- Gerrard Winstanley

Gerrard Winstanley, (1609-1676) was the leader of a agrarian socialist community known as the Diggers, who in 1649-50 cultivated common land on St. George's Hill, Walton-on-Thames, Surrey. He was opposed to the enclosure of land, and to hierarchical power structures.

In True Levellers Standard Advanced Winstanley presents his philosophy; a key element is that the Earth is the common treasury of all people, and that no group naturally ruled over another.  The Law of Freedom in a Platform (1652) is his outline of a communist society.  He is remembered more for his thought and writing than the immediate impact of his actions. He is often called the first socialist or the first anarchist.